Many fossil fuel companies and utilities are suggesting using hydrogen as a clean alternative to natural gas in getting to a net zero carbon future.  But Hydrogen is impractical, unsafe, expensive and unnecessary for most energy needs.  Here are some facts about hydrogen, its production and its uses (good and bad).

Hydrogen is an energy carrier, allowing the transport of energy in a usable form from one place to another. Although it is the most common element in the universe, on earth, hydrogen is attached to other molecules, like oxygen in water and carbon in methane (the main ingredient in natural gas). Hydrogen can be separated from these elements and used as a source of energy or fuel. It has the highest energy content of any common fuel by weight (about three times more than gasoline), but it has the lowest energy content by volume (about four times less than gasoline).

It takes more energy to produce hydrogen (by separating it from other elements in molecules) than hydrogen provides when it is converted to useful energy. However, hydrogen is useful as an energy source/fuel because it has a high energy content per unit of weight, which is why it is used as a rocket fuel and in fuel cells to produce electricity on some spacecraft. Hydrogen is not widely used as a fuel now, but it has the potential for greater use in the future.

How green is blue hydrogen?”

The United States Senate just made history by passing the #InflationReductionAct, the most comprehensive climate and clean energy legislation to ever pass the chamber:

Join us to hear how the Rocky Mountain Institute (RMI) is transforming the global energy system to secure a clean, prosperous, zero-carbon future for all! Hosted by NCCCA. Presented by Justin Locke of RMI. 8/11 5:30pm. Please register in advance here: 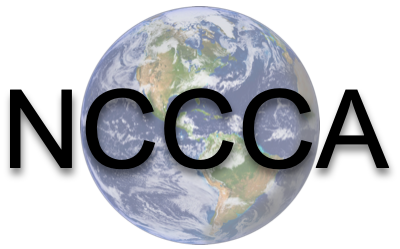 Welcome! You are invited to join a meeting: NCCCA "The Global Energy Revolution" Event With Justin Locke, RMI. After registering, you will receive a confirmation email about joining the meeting.

Join us to hear how the Rocky Mountain Institute (RMI) is transforming the global energy system to secure a clea...

Heat pumps are finally having their moment. 🥺

Sempra promotes false climate solutions, but we see through the spin. ⬇️

“If the city’s committed to zero carbon, then there’s no way that methane gas or any of the false solutions Sempra & SDG&E have put forward can be part of that plan." - @thoughteds